An open letter to Ayesha Siddiqui


Dear Ayesha,
First of all, let me congratulate on you on your impending divorce. People usually commiserate at an event like this one but I know you have fought long and hard for it and you totally deserve all the accolades for having won this battle, as the kids on internet forums say; EPIC!
You are a miracle worker. You have mastered the art of doing impossible things and that too effortlessly. Let me tell you why I believe that you are the smartest Indian woman ever.
First of all, what started off as a blitzkrieg news session on romance of Shoaib Malik & Sania Mirza soon turned into the saga of Shoaib Malik and Ayesha Siddiqui. Every PR firm in India and beyond should be queuing outside your doors to sign you up. You have managed to become the most talked about Indian, nay, South Asian in a very short span of time with doing much. All you had to do was produce a doctored photo (even an organization as virtuous as "Times Now" had to put the disclaimer on their website that they cannot prove the authenticity of the photo) and viola – a person as famous as Sania Mirza was relegated to the back and all of a sudden, it was all about you. Did Shoaib marry Ayesha or not? Did they sleep together or not? Have they made a child together or not? Heck, you even managed to drag a fellow Hyderabadi Mohammed Azharuddin into it and he was so scared of you (rightly so) that he claimed not to have known any Siddiqui family ever. After three days of this hoopla, people started asking, who is this Sania Mirza again. Now who else but you could have done THAT? 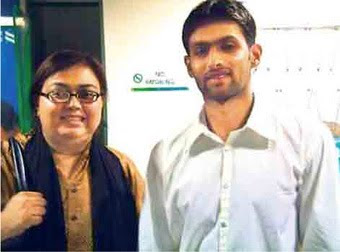 People thought that only skinny skanks in their twenties with their big hair and flawless skin stand a chance as serious gold diggers but you have proven them wrong. If rumors are to be believed you are at least ten years older than Shoaib, you probably weigh a 100 pounds more than him, you sport nerdy glasses and wear a black burqa and you still manage to snare him to sign the dotted line – twice – first on the marriage contract and then on the divorce papers. I am sure you must have made some decent amount of money (some say its 40 million Indian Rupees) in the process as well. Once again, you have accomplished the impossible. If the matrimonial ads of jeevansathi.com that spring up on every Indian website are to be believed, getting hitched is big shit. You would strike gold if you start a school where you teach girls to get hitched to eligible, preferably rich and famous, men with limited intellectual capacity and raging hormones. With your proven record, mommies and daddies will line outside your door with bags full of cash to get enrollment in your program. Your intelligence will make so many mommies and daddies and their not so comely girls very very happy.
Baji Ayesha, your ‘mahanta’ knows no boundaries. In this awful economy, you have even created business opportunities for some folks. With your allegations and counter allegations, bookies have started betting on the odds of Shoaib and Sania ever making it to the altar. If you manage to delay the wedding, even by one day, you will be making a lot of people happy – and richer – who have actually put faith in your abilities and betted against the wedding.
Your magic does not only work in India, it spreads it bounties across the border as well. You are so good that you have managed to get a totally useless Apa Firdaus Aashiq (our minister for Family Planning) to work, at least for one day. Her ministry is pretty useless (you can tell that by the number of children being born every second in Pakistan without any planning) but even she jumped in and said that she will present Shoaib and Sania Mirza a family planning kit. She can now claim that she has performed her duties as the minister for at least one day in her tenure.
You have also given the opportunity to extremely farigh PML-N workers in Multan to stage a protest against the FIR you lodged against Malik and provided them with a chance to vent their misplaced anger.
Who would have thought that people in India and Pakistan would ever see eye to eye on anything but you have forced “Save Indian Family Foundation”, a men's rights organization, in supporting a Pakistani man Shoaib Malik. When you filed the case against Shoaib Malik under section 498A of Indian penal code, Save the Indian Family Foundation sprang into action saying that you have misused the domestic violence act and asked that the case be removed against Shoaib as soon as possible. If only you decide to put your magical powers to use for Pakistan - India peace, who knows we may settle water dispute and resolve Kashmir issue. Imagine, millions of children in both the countries who do not go to schools because the governments are busy piling up arms will be able to get education because of that peace and you will end up as the winner of Nobel Peace Prize! You will be right there with the likes of Obama and some other old white dudes. Only you are capable of bringing food and education to millions of South Asian children Ayesha, only you.
You have broken the boundaries of fame that even Ashwariya Rai has not managed to do so. Yesterday, I was surprised to find that my Chinese Uyghur teacher who has lived in Colorado for long and now teaches in Rotterdam and does not know jack about cricket asked me the latest on the Shoaib Malik drama. Between you and Aafia Siddiqui, the name ‘Siddiqui’ is shinning so bright, I see many people taking it up in future for getting famous. Who knows, Mahesh Bhatt may end up making a film titled “There is something about Siddiquis.”
I have two other far more important deadlines to meet but I am so impressed by your brilliance and intellect, I couldn’t wait to appreciate you any longer. You do know that you are a genius.
Baji Ayesha, you rock!!!
From an ardent admirer of your craft.

PS: As per ToI news report, Shoaib had to shell out 150 million Indian rupees in the out of court settlement. 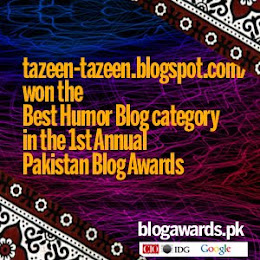